I've had a desire to get back to blogging for a couple of weeks now.  However, it has been difficult to decide what topic to pursue in a post.  Our life has returned to normal as I learned to deal with the fact that we have a President who is a chronic liar and has no moral compass.  OK, I've said it and will now stay away from anything political in this blog.

My challenge about what to post has been difficult because, while Barry and I are having a wonderful time doing what we do, there hasn't been much new to talk about.  We enjoy the many things together that I have already blogged about.  And, we enjoy getting together with Carol and Henry to role play.  Life is good in this area.  But you have heard so much about these things and I don't want to be repetitious and boring.

However, today Carol shared something new with me.  She is still working and has contacts with more people than I.  Carol is also more outgoing and willing to personally share her life with others than I.  Consequently, I have been aware that she has not been shy about sharing with her co-workers that she spanks Henry and enjoys a kinky sex life with him.  I wish I could be that free and open, but I'm not.

To get back on point, today Carol shared with me that she was approached by a woman with whom she works about how she learned to spank Henry.  Her co-worker is much younger than Carol  (almost could be her daughter).  She is married to a man who has shared with her his desire and need to be spanked.  She wants to fulfill his need and has tried.  However, she has apparently not been very successful because she doesn't want to inflict pain on him (even though he professes to desire it).

Carol has agreed to get together with her and has asked me if I would like to join them.  I'm OK with meeting with them and have agreed to do so.  Carol will now set up a time for us to get together.

I'm not sure where this will lead, but I confess that I am intrigued and want to help someone who is trying to understand this thing we do about spanking. 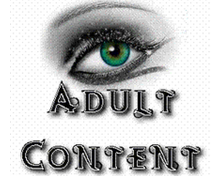